Language offers us words to identify our relationships - father, mother and so on. These words hold our whole world. We base our expectations on these labels with hope, trust and belief. As infants we are innocently unaware, if it will actually flesh out and embrace us in a manner we deserve. It is only once we reach adulthood that these identifying words may sit incongruously within us. Like a discordant note of music unceasingly ringing in our ears. We get lost in a haze of guilty confusion that blinds and binds our hearts for a large part of our lives. It is a cloud that follows some of us without a choice.

Albert Camus in his book, The Stranger, invents a character called old Salamano. He is an old man who has lost his wife but has his dog living with him for eight years. They are inseparable and live together in a small apartment where his master/parent dutifully feeds him daily and takes him for a walk, twice a day. Old Salamano has reddish scabs on his face and wispy yellow hair. His dog, a spaniel has mange, a skin disease which makes his hair fall out and is covered with scabs and brown sores. They both have begun to look alike. While on the dutiful walks, old Salamano yanks his collar, before his dog has relieved himself and his dog cowers with fright. He beats and curses his dog daily. This is an everyday routine for eight long years, in which Old Salamano cries out sarcastically that his whimpering, beaten dog is always there with him no matter what!

One day, old Salamano takes his dog to the parade ground, where there are a lot of booths and people. Getting busy in the booths, he doesn’t notice that his dog has run away. When he suddenly realises, he goes to the pound to look for him. But the dog has truly disappeared in a very final way. Old Salamano is flustered and suffers mixed emotions of anger and tears. He misses his dog and does not know what to do with himself. He had become used to his dog. But for the old dog, a jigsaw puzzle had been solved. The word parent/master, had sat incongruously in his heart for eight years. After tolerating the beatings and curses along with the dutiful care, there was only the painful choicelessness of escape left to him. Every night old Salamano hears the barking of dogs outside his window, only to find out that regretfully, none is his.

The good child, like old Salamano’s dog, is always present, waiting, withstanding the pain and limply hoping, that someday things will change. Always being there, present until the darkness and reality of this absurd love, in a very terminal manner, enters his or her soul.

The duty of a parent ritually performed hardly makes up for the silent pain of emotional abuse, borne incessantly, resulting in a broken spirit. And the broken spirit of a child, can hardly bear a burden so enormous, of an abusive parent's strange and absurd love anymore. At some point, it is time to leave.

Monica Gandhi is a mother, a homemaker, a wife and a moody graphic artist. She writes solely because her family is fed up of her observations, analysis of people, emotions and events happening in the world around her. She may as well torment other people at large, besides torturing her own family! 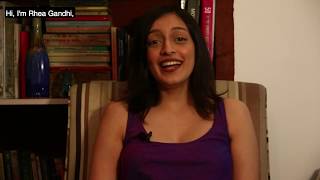